Director of The Year Honorees

2020 Director of the Year Honorees

Corporate Directors Forum is proud to annually recognize directors for their outstanding efforts in the boardroom and behind the scenes, as nominated by their peers. 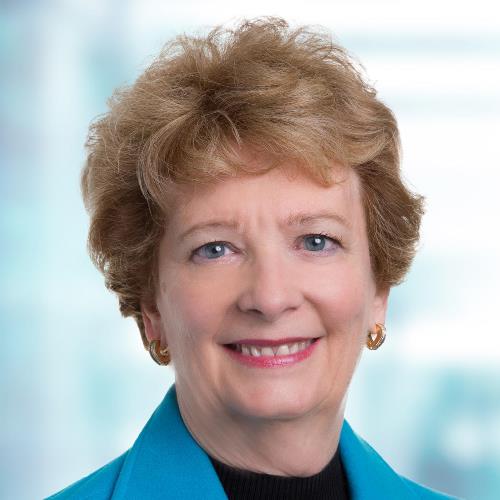 Maureen Breakiron-Evans serves as an independent director and is a member of the audit and compliance and technology strategy committees at Cubic Corporation. Breakiron-Evans served as the chief financial officer of Towers Perrin, a global professional services company, from 2007 to 2008. Prior to Towers Perrin, she was the vice president and general auditor of CIGNA Corporation, a health services organization, from 2005 to 2006 and was the executive vice president and chief financial officer of Inovant, LLC, VISA’s captive technology development and transaction processing company, from 2001 to 2004. She served 16 years in public accounting, ultimately as a partner at Arthur Andersen LLP through 1994.

She received an NACD Cyber Security Certificate in 2017 and is a Board Leadership Fellow of the National Association of Corporate Directors.

Prior to joining Tandem Diabetes, Mr. Blickenstaff served as Chairman and Chief Executive Officer of Biosite Incorporated, or Biosite, a provider of medical diagnostic products, from 1988 until its acquisition by Inverness Medical Innovations, Inc. in June 2007. Mr. Blickenstaff previously served as a director of Medivation, Inc., a biotechnology company, from 2005 to 2016, until its acquisition by Pfizer, and as a director of DexCom, Inc. (NASDAQ: DXCM), a provider of continuous glucose monitoring systems, from June 2001 to September 2007. 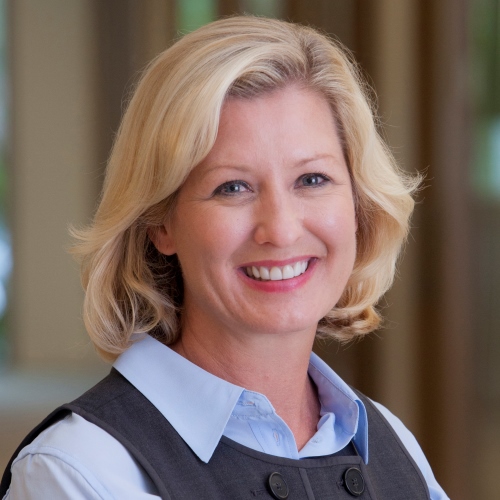 Carol Gallagher joined New Enterprise Associates as a partner in October, 2014 and has focused on making investments in early-stage biopharmaceutical companies.  Prior to joining NEA, Dr. Gallagher had a twenty-five-year career as an operator in commercial, drug development and business development roles in both large and small biopharma companies.  From 2008-2011, she was the CEO of Calistoga Pharmaceuticals which was acquired by Gilead in 2011 and their lead program was approved for treatment of patients with select blood cancers in 2014 in both the US and EU.  Starting in 2011 as Executive Chairman of AnaptysBio, Dr. Gallagher has provided independent board services to life science companies. She was Chairman when AnaptysBio went public in 2017. She was also an independent director at Aragon Pharmaceuticals which was acquired by Johnson and Johnson in 2013 and Seragon Pharmaceuticals which was acquired by Genentech/Roche in 2014.  She previously served as an independent director at eFFECTOR Therapeutics. She currently serves as Chairman of the Board at Millendo Therapeutics (MLND), and as a director at Atara Biotherapeutics (ATRA), Turning Point Therapeutics (TPTX), Annexon (ANNX), Metacrine, PIONYR Immunotherapeutics, QPEX Biopharmaceuticals, and Chromacode.  She has been closely involved in taking companies public and in mergers and acquisitions.  In her operating roles and as an independent board member, she has been involved in the development of three cancer therapies that are FDA-approved and benefiting patients. 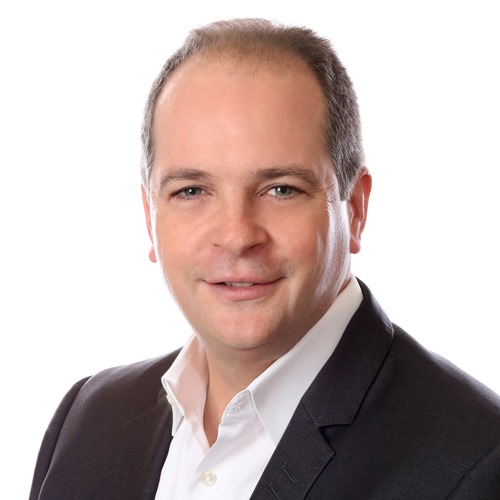 Michael “Mick” Farrell was appointed ResMed’s CEO and has served as a director since March 2013. He joined the company in 2000, serving as president of the Americas region from 2011 to 2013, senior vice president of the global sleep apnea business unit from 2007 to 2011, and various senior roles in marketing and business development.

Mick serves on the board of directors of ResMed, the Advanced Medical Technology Association (AdvaMed) and Zimmer Biomet (NYSE: ZBH), a multibillion dollar public company that provides implantable musculoskeletal medical devices for patients globally. He is also a member of two committees at Zimmer Biomet: Nominating and Governance as well as Compensation and Management Development. He also volunteers as a trustee for non-profit organizations: UC San Diego Foundation, Rady Children’s Hospital, the La Jolla Playhouse, and Father Joe’s Villages in San Diego, California.

Mick holds a bachelor of engineering with first-class honors from the University of New South Wales, a Master of Science in chemical engineering from the Massachusetts Institute of Technology, and a Master of Business Administration from the MIT Sloan School of Management.

Jennie Brooks drives strategy and operations for Booz Allen’s San Diego office (1,300 employees) and the firm’s business across the nation for the Naval Information Warfare Systems Command (NAVWAR).  Booz Allen is a global management and technology consulting firm, with work in analytics, digital solutions, engineering and cyber, spanning a range of industries including defense, health, and energy.

Jennie is active in the San Diego community, serving as Vice Chair of the San Diego Regional Economic Development Corporation Board and Vice Chair of the Rady Children’s Hospital Foundation Advisory Board.  She also serves on the boards of the Armed Forces Communications and Electronics Association (San Diego Chapter), United Through Reading, and previously served as President of Women in Defense San Diego. Jennie is also a graduate of LEAD San Diego, an organization dedicated to developing civically engaged leaders.

Jennie holds a Bachelor’s in Psychology from the University of California San Diego and an M.B.A. from San Diego State University. Jennie was recognized by the San Diego Business Journal as one of its top 25 Business Women of the Year in 2018. 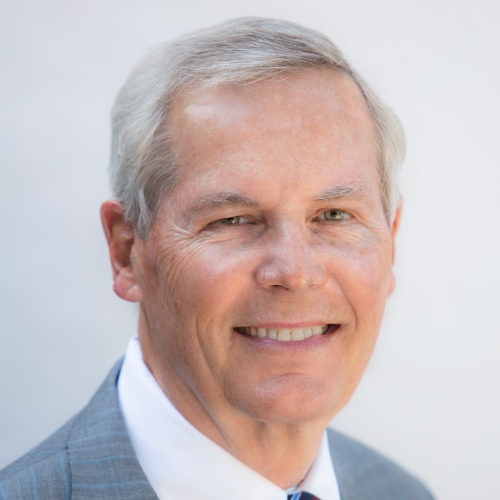 Hank Nordhoff currently serves as Chairman and CEO of Banyan Biomarkers, Inc. a biotech company with the first FDA approved blood test to evaluate traumatic brain injury. Previously, he served as Executive Chairman of Cypher Genomics a company that provides automated genome interpretation. Cypher was acquired by Human Longevity, Inc. in 2015. He served as President and CEO of Gen-Probe, Inc. a leading public molecular diagnostics company, for fifteen years until his retirement in May 2009. From 1994 to 2001, he simultaneously served as President, Chairman and CEO of Chugai Biopharmaceuticals, Inc. Gen-Probe was acquired by Hologic for $3.7 billion in 2012. Prior to joining Gen-Probe Inc., Mr. Nordhoff served as President and CEO of TargeTech, Inc., a gene therapy and anti-sense company. Prior to that he served as President and CEO of American Biogenetic Sciences, a monoclonal antibody company. Mr. Nordhoff began his career at Pfizer Inc. spending his first 11 years overseas in senior positions in Brussels, Seoul, Tokyo and in New York. He currently serves as Chairman of Chugai Pharmaceuticals US Operations and chairs its International Council.

In the non-profit world, he currently serves on the board of The Sanford Burnham Prebys Medical Discovery Institute, the Prostate Cancer Foundation, the Moores Cancer Center of UCSD, The Jacobs School of Engineering of UCSD, School of Global Policy and Strategy International Advisory Board of UCSD, The Rady Children’s Hospital, The Rady Children’s Institute for Genomic Medicine, the International Centre for Missing and Exploited Children, and the Kyoto Prize Symposium. He is a past Chairman of The Sanford Burnham Prebys Medical Discovery Institute, the San Diego Regional Economic Development Corporation, the California Healthcare Institute, and a former member of the Delta Stewardship Council appointed by Governor Schwarzenegger.

Dr. Kessler’s involvement in the community has included Board and Executive Committee membership in The United Jewish Federation of San Diego, and chairmanship of the Community Relations Committee of that organization. He was a Board member of the National Conference for Christians and Jews and was awarded the Human Unity Award from that organization. He has been a Board member of PAVE a physicians advocate group for veterans.

Dr. Kessler graduated from Trinity College, Hartford, Conn. and received an M.D. degree from St. Louis University. He did his general surgical training at the Cornell Division of Bellevue Hospital in New York and completed his training in Urology at U.C.S.D. He is an Emeritus Associate Professor of Urology at U.C.S.D. and practiced Urology at Scripps-Mercy Hospital for 37 years. In addition, he was a member of the UC San Diego Health Advisory Board. He served as a physician in the U.S. Navy, including a year in Vietnam from 1968-1970. Dr. Kessler and his wife Karen have been married for 51 years and have 2 children and 5 grandchildren.